Top 5 Most Hilarious Vlogs Of TommyInnit 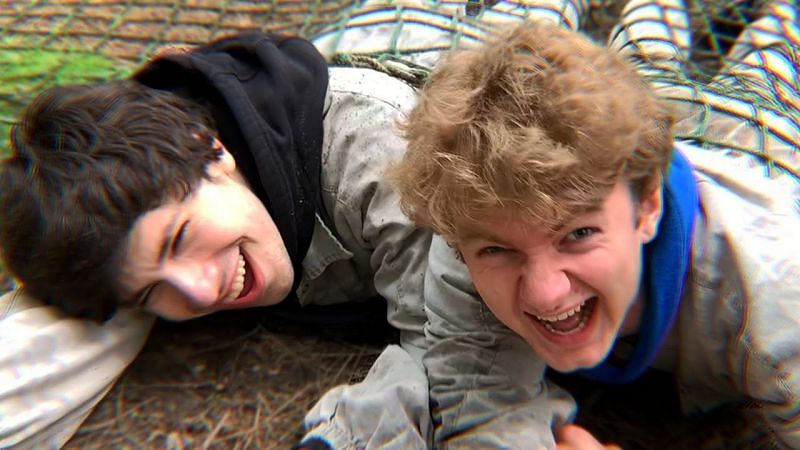 Tommy “TommyInnit” Simons has recently begun making high-quality vlogs of himself and his friends’ meet-ups and adventures.

Since the United Kingdom started to ease travel restrictions, vlogs with friends and fellow creators that couldn’t be filmed during the lockdown are becoming more frequent.

Tommy’s newfound love for vlogging has been no exception, and for good reason, since his vlogs are some of his most viewed content across his various channels.

5) I Bought A Water Park

“I Bought A Water Park,” was the second vlog to ever be uploaded on Tommy’s designated vlog channel, Tom Simons.

It features him, Jack Manifold, and Tubbo, all hanging out in an empty waterpark. It’s everyone’s childhood dream to rent a waterpark for an entire day just to fool around with their friends, and Tommy made that a reality.

The vlog currently has thirteen million views and counting. Although the audio quality is a bit muffled after the waterproof camera dips underwater, it’s a hilarious and rewatchable vlog.

“Riding The Craziest Roller Coaster In England,” was a memorable vlog that showcased Tommy being reluctant to the aspect of riding amusement park rides.

The vlog features himself, Wilbur Soot, and Phil “Ph1LzA” Watson. It follows the three content creators as they take Tommy from the least thrilling rides, all the way up to one of the world’s most high-intensity roller coasters – The Smiler.

This vlog currently has fourteen million views and is regarded as a fan-favorite video filled to the brim with bits, roller coasters, and several laughs.

“I Pushed Tubbo Out Of A Plane…” is another fan-favorite vlog, but it was also the worst nightmare for one of Tommy’s closest friends, Tubbo.

Tommy, Jack Manifold, and Tubbo decide to try one of the staple thrill-seeking activities, skydiving. The prospect of skydiving is nerve-wracking, but no one dreads it more than Tubbo.

This vlog sits at nearly fifteen million views and consists of goofs, laughs, and jabs concerning the possibility of dying while free-falling out of a plane. It’s a memorable vlog that even those who were petrified of skydiving cherish.

“I Met KSI In Real Life…” was the second vlog Tommy ever released. Although nearly a year older than some of his most recent vlogs, it still holds up as one of Tommy’s best.

The vlog features a plethora of different creators, such as Wilbur Soot, GeorgeNotFound, Vikram “Vikkstar123” Barn, and of course, JJ “KSI” Olatunji.

The vlog currently has seventeen million views. It follows Tommy’s visit to London and the shenanigans he gets into, including an impromptu visit to Vik and attempting to fight KSI.

“I Met Wilbur Soot In Real Life…” was the first-ever vlog Tommy released. It was the first vlog he filmed after restrictions began to loosen in the United Kingdom.

Wilbur Soot, Ph1LzA, and several other recognizable content creators are featured in this memorable vlog. It follows quite a few of Tommy’s shenanigans. The vlog also marked the creation of several inside jokes within the community, including Tommy’s “vlog gun.”

Tommy’s vlogs have become some of his most popular content. Have you watched any vlog of TommyInnit? Find more amazing facts about hime at our blog here!